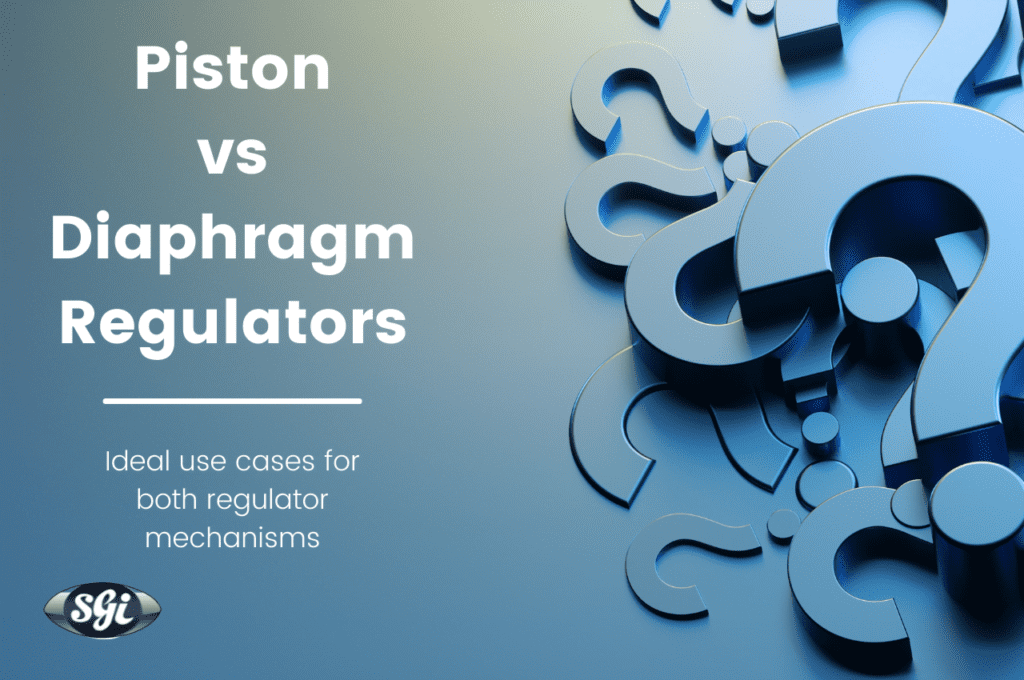 Calibration gas regulation systems use a variety of regulators as per the gases and the systems to be worked with. These regulators have a variety of mechanisms required as per the use case in order to help regulate gas pressure. Two of the most widely used mechanisms in the industry are piston and diaphragm-based regulators. Both the mechanisms have their own advantages and use. A thorough understanding is essential to avoid mishaps and ease the calibration process.

A piston-based regulator, as the name suggests, uses a piston and spring-based mechanism to regulate the gas pressure. The operator that connects the gas detector to the regulator for calibration lets the high-pressure gas into the regulator's second stage chambers thereby reducing the pressure in the first stage's intermediate chambers. This moves the piston head and spring, raising the valve and allowing the gas to pass from the high-pressure chamber to the intermediate pressure chamber all the way to the second stage through a connecting hose. SGI's fixed flow regulator uses a piston-based mechanism to regulate gas pressure.